Measurements of the associated production of a Z boson with at least one jet originating from a b quark in proton–proton collisions at √s =8TeV are presented. Differential cross sections are measured with data collected by the CMS experiment corresponding to an integrated luminosity of 19.8fb⁻¹. Z bosons are reconstructed through their decays to electrons and muons. Cross sections are measured as a function of observables characterizing the kinematics of the b jet and the Z boson. Ratios of differential cross sections for the associated production with at least one b jet to the associated production with any jet are also presented. The production of a Z boson with at least two b jets is investigated, and differential cross sections are measured for the dijet system. Results are compared to theoretical predictions, testing two different flavour schemes for the choice of initial-state partons. 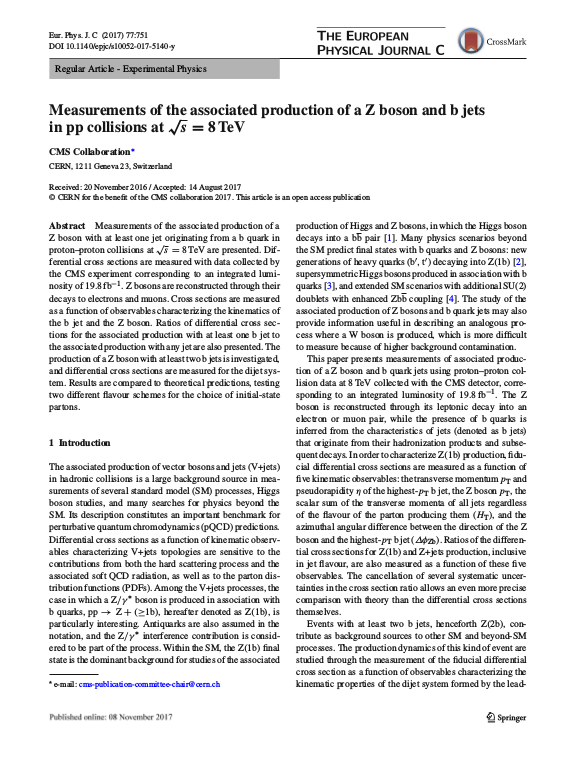