A search has been performed for heavy resonances decaying to ZZ or ZW in 2ℓ2q final states, with two charged leptons (ℓ = e, μ) produced by the decay of a Z boson, and two quarks produced by the decay of a W or Z boson. The analysis is sensitive to resonances with masses in the range from 400 to 4500 GeV. Two categories are defined based on the merged or resolved reconstruction of the hadronically decaying vector boson, optimized for high- and low-mass resonances, respectively. The search is based on data collected during 2016 by the CMS experiment at the LHC in proton-proton collisions with a center-of-mass energy of s√=13 TeV, corresponding to an integrated luminosity of 35.9 fb−1. No excess is observed in the data above the standard model background expectation. Upper limits on the production cross section of heavy, narrow spin-1 and spin-2 resonances are derived as a function of the resonance mass, and exclusion limits on the production of W′ bosons and bulk graviton particles are calculated in the framework of the heavy vector triplet model and warped extra dimensions, respectively. 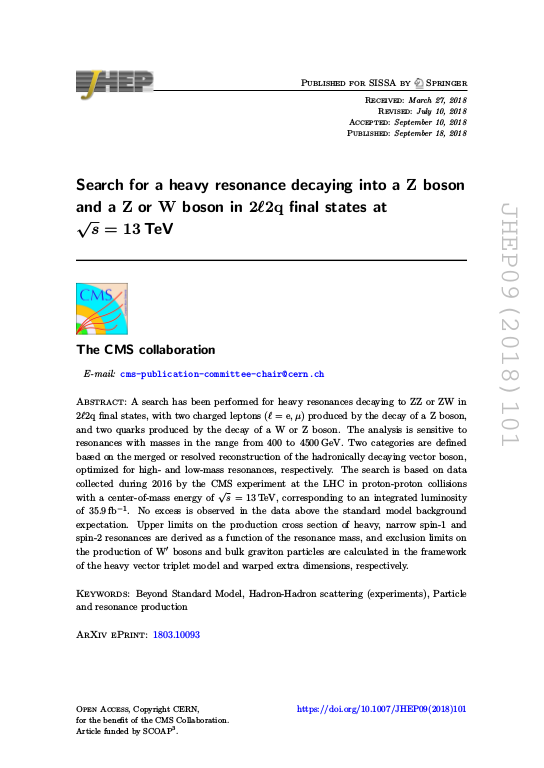