Three of the most significant measured deviations from standard model predictions, the enhanced decay rate for B→D(*)τν, hints of lepton universality violation in B→K(*)ℓℓ decays, and the anomalous magnetic moment of the muon, can be explained by the existence of leptoquarks (LQs) with large couplings to third-generation quarks and masses at the TeV scale. The existence of these states can be probed at the LHC in high energy proton-proton collisions. A novel search is presented for pair production of LQs coupled to a top quark and a muon using data at a center-of-mass energy of 13 TeV, corresponding to an integrated luminosity of 35.9  fb−1, recorded by the CMS experiment. No deviation from the standard model prediction has been observed and scalar LQs decaying exclusively into tμ are excluded up to masses of 1420 GeV. The results of this search are combined with those from previous searches for LQ decays into tτ and bν, which excluded scalar LQs below masses of 900 and 1080 GeV. Vector LQs are excluded up to masses of 1190 GeV for all possible combinations of branching fractions to tμ, tτ and bν. With this analysis, all relevant couplings of LQs with an electric charge of −1/3 to third-generation quarks are probed for the first time. 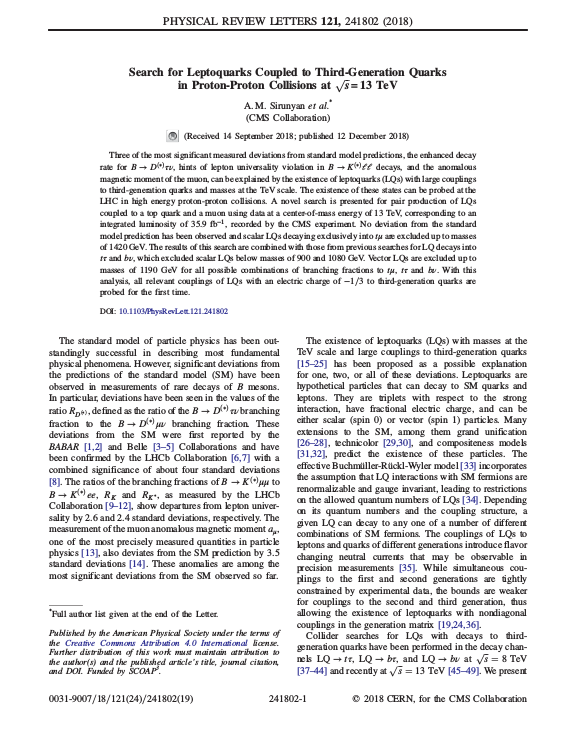