Results are reported from a search for long-lived particles in proton-proton collisions at √s=13 TeV delivered by the CERN LHC and collected by the CMS experiment. The data sample, which was recorded during 2015 and 2016, corresponds to an integrated luminosity of 38.5  fb$^{-1}$. This search uses benchmark signal models in which long-lived particles are pair-produced and each decays into two or more quarks, leading to a signal with multiple jets and two displaced vertices composed of many tracks. No events with two well-separated high-track-multiplicity vertices are observed. Upper limits are placed on models of $\textit{R}$-parity violating supersymmetry in which the long-lived particles are neutralinos or gluinos decaying solely into multijet final states or top squarks decaying solely into dijet final states. For neutralino, gluino, or top squark masses between 800 and 2600 GeV and mean proper decay lengths between 1 and 40 mm, the analysis excludes cross sections above 0.3 fb at 95% confidence level. Gluino and top squark masses are excluded below 2200 and 1400 GeV, respectively, for mean proper decay lengths between 0.6 and 80 mm. ... mehrA method is provided for extending the results to other models with pair-produced long-lived particles. 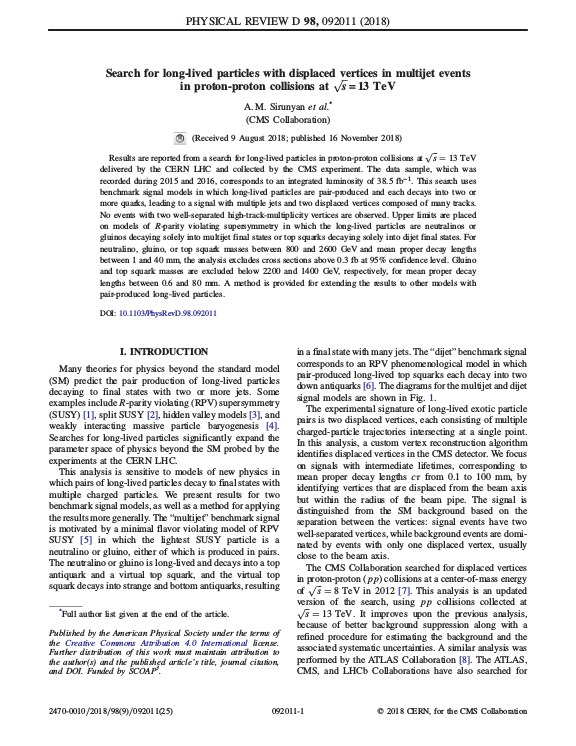