The algorithm developed by the CMS Collaboration to reconstruct and identify τ leptons produced in proton-proton collisions at √s=7 and 8 TeV, via their decays to hadrons and a neutrino, has been significantly improved. The changes include a revised reconstruction of π⁰ candidates, and improvements in multivariate discriminants to separate τ leptons from jets and electrons. The algorithm is extended to reconstruct τ leptons in highly Lorentz-boosted pair production, and in the high-level trigger. The performance of the algorithm is studied using proton-proton collisions recorded during 2016 at √s=13 TeV, corresponding to an integrated luminosity of 35.9 fb¯¹. The performance is evaluated in terms of the efficiency for a genuine τ lepton to pass the identification criteria and of the probabilities for jets, electrons, and muons to be misidentified as τ leptons. The results are found to be very close to those expected from Monte Carlo simulation. 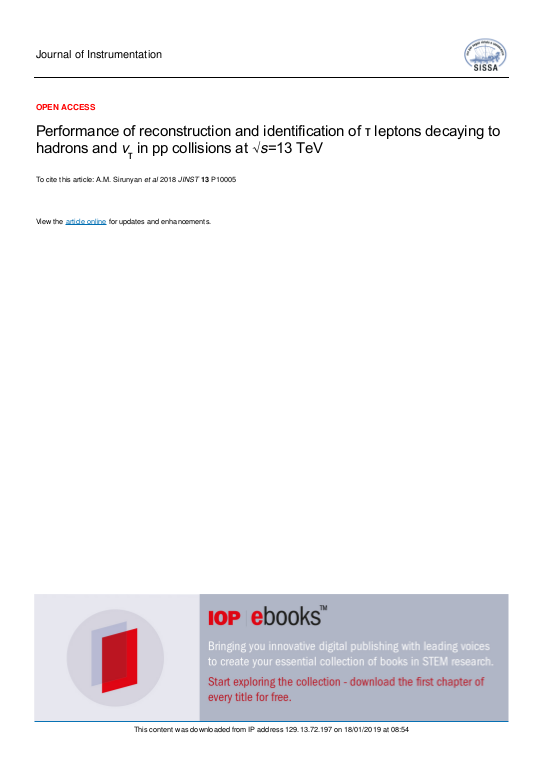