A new CMS Tracker is under development for operation at the High Luminosity LHC from 2026 onwards. It includes an outer tracker based on dedicated modules that will reconstruct short track segments, called stubs, using spatially coincident clusters in two closely spaced silicon sensor layers. These modules allow the rejection of low transverse momentum track hits and reduce the data volume before transmission to the first level trigger. The inclusion of tracking information in the trigger decision is essential to limit the first level trigger accept rate. A customized front-end readout chip, the CMS Binary Chip (CBC), containing stub finding logic has been designed for this purpose. A prototype module, equipped with the CBC chip, has been constructed and operated for the first time in a 4 GeV/c positron beam at DESY. The behaviour of the stub finding was studied for different angles of beam incidence on a module, which allows an estimate of the sensitivity to transverse momentum within the future CMS detector. A sharp transverse momentum threshold around 2 GeV/c was demonstrated, which meets the requirement to reject a large fraction of low momentum tracks present in the LHC environment on-detector. ... mehrThis is the first realistic demonstration of a silicon tracking module that is able to select data, based on the particle's transverse momentum, for use in a first level trigger at the LHC . The results from this test are described here. 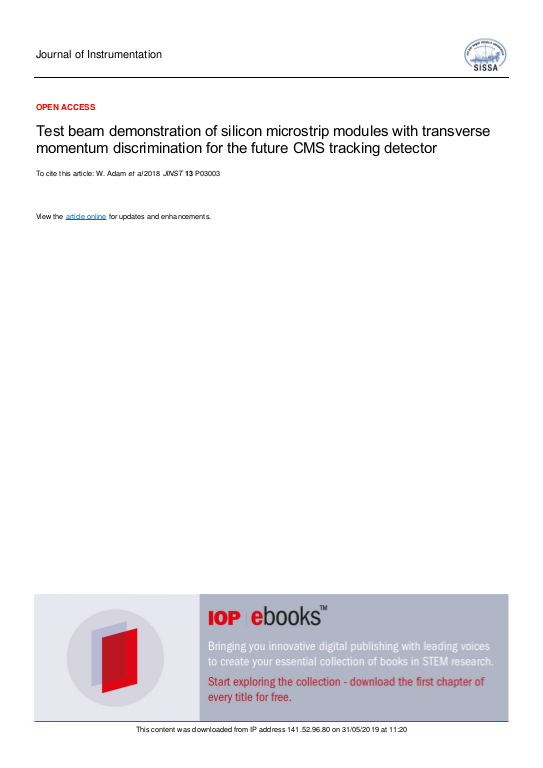