Tropical forests are known for their high diversity. Yet, forest patches do occur in the tropics where a single tree species is dominant. Such “monodominant” forests are known from all of the main tropical regions. For Amazonia, we sampled the occurrence of monodominance in a massive, basin-wide database of forest-inventory plots from the Amazon Tree Diversity Network (ATDN). Utilizing a simple defining metric of at least half of the trees ≥ 10 cm diameter belonging to one species, we found only a few occurrences of monodominance in Amazonia, and the phenomenon was not significantly linked to previously hypothesized life history traits such wood density, seed mass, ectomycorrhizal associations, or Rhizobium nodulation. In our analysis, coppicing (the formation of sprouts at the base of the tree or on roots) was the only trait significantly linked to monodominance. While at specific locales coppicing or ectomycorrhizal associations may confer a considerable advantage to a tree species and lead to its monodominance, very few species have these traits. Mining of the ATDN dataset suggests that monodominance is quite rare in Amazonia, and may be linked primarily to edaphic factors. 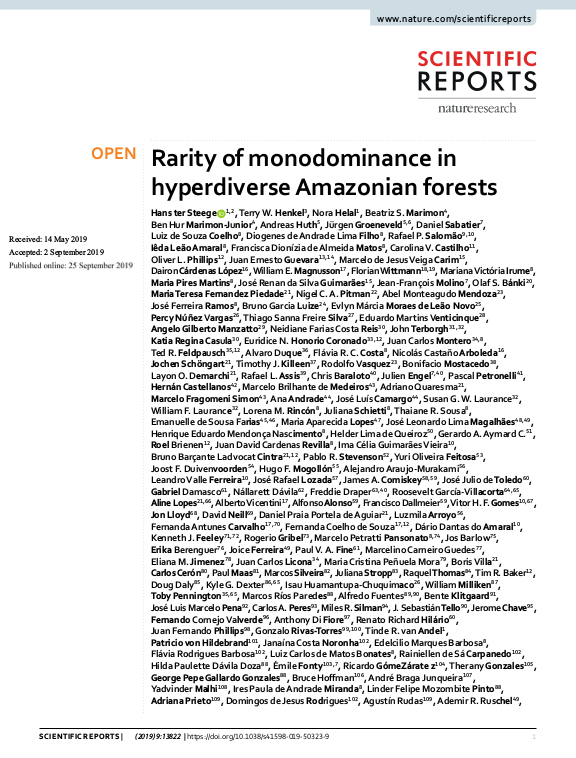