Measurement of the ⁷⁰Ge(n, gamma) cross section up to 300 keV at the CERN n_TOF facility

Neutron capture data on intermediate mass nuclei are of key importance to nucleosynthesis in the weak component of the slow neutron capture processes, which occurs in massive stars. The (n,γ) cross section on 70Ge, which is mainly produced in the s process, was measured at the neutron time-of-flight facility n_TOF at CERN. Resonance capture kernels were determined up to 40 keV neutron energy and average cross sections up to 300 keV. Stellar cross sections were calculated from kT=5 keV to kT=100 keV and are in very good agreement with a previous measurement by Walter and Beer (1985) and recent evaluations. Average cross sections are in agreement with Walter and Beer (1985) over most of the neutron energy range covered, while they are systematically smaller for neutron energies above 150 keV. We have calculated isotopic abundances produced in s-process environments in a 25 solar mass star for two initial metallicities (below solar and close to solar). While the low metallicity model reproduces best the solar system germanium isotopic abundances, the close to solar model shows a good global match to solar system abundances in the range of mass numbers A=60–80. 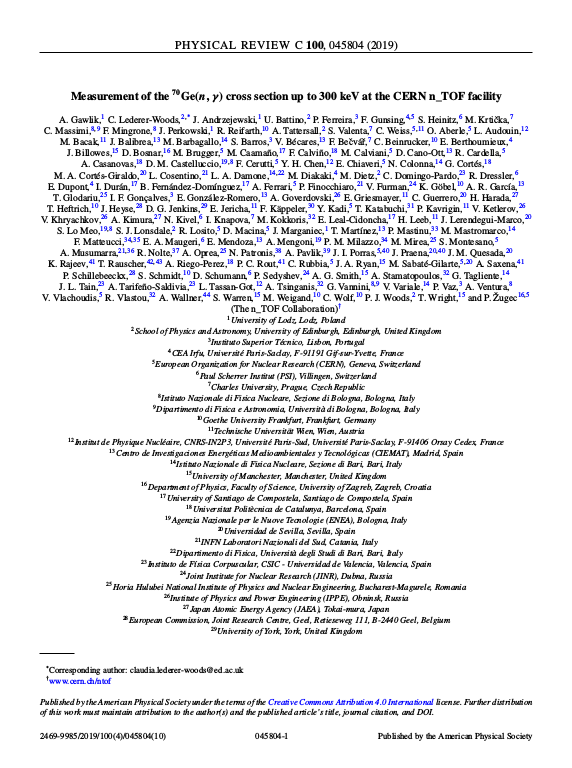