Tritium (T) distributions on tungsten (W)-coated plasma-facing tiles used in the third ITER-like wall campaign (2015–2016) of the Joint European Torus (JET) were examined by means of an imaging plate technique and β-ray induced x-ray spectrometry, and they were compared with the distributions after the second (2013–2014) campaign. Strong enrichment of T in beryllium (Be) deposition layers was observed after the second campaign. In contrast, T distributions after the third campaign was more uniform though Be deposition layers were visually recognized. The one of the possible explanations is enhanced desorption of T from Be deposition layers due to higher tile temperatures caused by higher energy input in the third campaign. 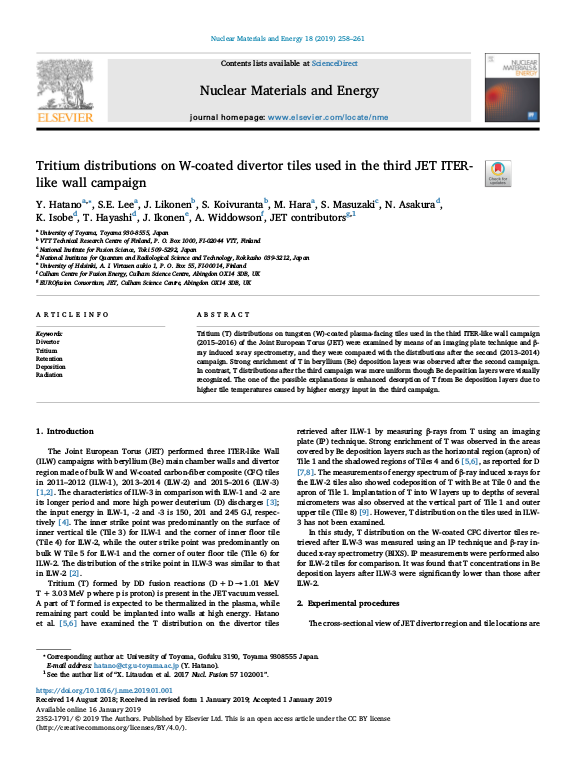