A search for low mass narrow vector resonances decaying into quark-antiquark pairs is presented. The analysis is based on data collected in 2017 with the CMS detector at the LHC in proton-proton collisions at a center-of-mass energy of 13 TeV, corresponding to an integrated luminosity of 41.1  fb−1. The results of this analysis are combined with those of an earlier analysis based on data collected at the same collision energy in 2016, corresponding to 35.9  fb−1. Signal candidates will be recoiling against initial state radiation and are identified as energetic, large-radius jets with two pronged substructure. The invariant jet mass spectrum is probed for a potential narrow peaking signal over a smoothly falling background. No evidence for such resonances is observed within the mass range of 50–450 GeV. Upper limits at the 95% confidence level are set on the coupling of narrow resonances to quarks, as a function of the resonance mass. For masses between 50 and 300 GeV these are the most sensitive limits to date. This analysis extends the earlier search to a mass range of 300–450 GeV, which is probed for the first time with jet substructure techniques. 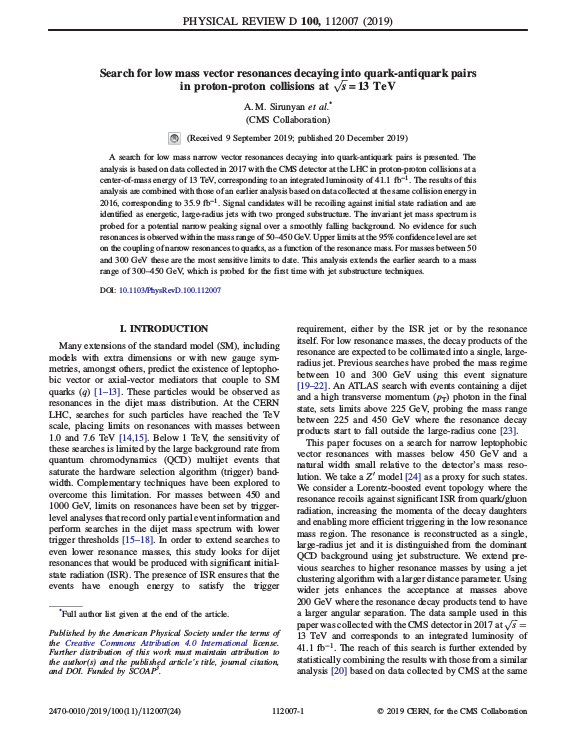