In 2017 a new pixel detector was installed in the CMS detector. This so-called Phase-1 pixel detector features four barrel layers in the central region and three disks per end in the forward regions. The upgraded pixel detector requires an upgraded data acquisition (DAQ) system to accept a new data format and larger event sizes. A new DAQ and control system has been developed based on a combination of custom and commercial microTCA parts. Custom mezzanine cards on standard carrier cards provide a front-end driver for readout, and two types of front-end controller for configuration and the distribution of clock and trigger signals. Before the installation of the detector the DAQ system underwent a series of integration tests, including readout of the pilot pixel detector, which was constructed with prototype Phase-1 electronics and operated in CMS from 2015 to 2016, quality assurance of the CMS Phase-1 detector during its assembly, and testing with the CMS Central DAQ. This paper describes the Phase-1 pixel DAQ and control system, along with the integration tests and results. A description of the operational experience and performance in data taking is included. 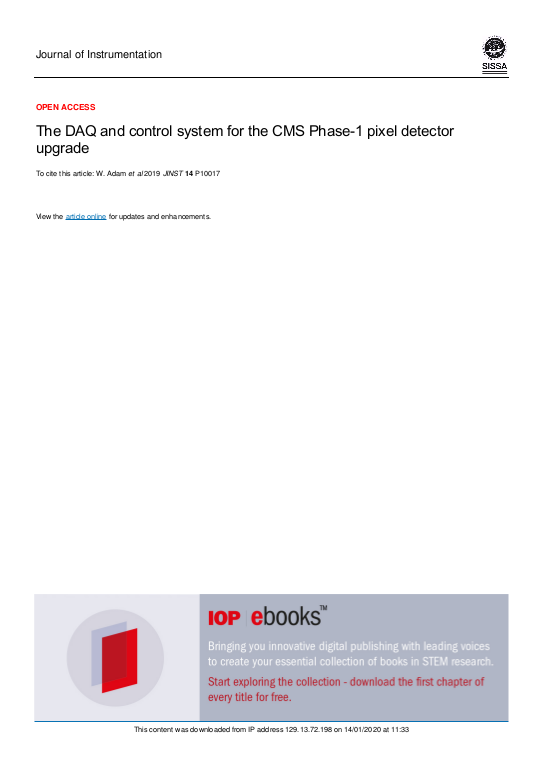