Selected set of samples from JET ITER-Like Wall (JET-ILW) divertor tiles exposed both in 2013–2014 and 2011–2014 has been analysed using Thermal Desorption Spectrometry (TDS). The deuterium (D) amounts obtained with TDS were compared with Ion Beam Analysis (IBA) and Secondary Ion Mass Spectrometry (SIMS) data. The highest amount of D was found on the top part of inner divertor which has regions with the thickest deposited layers. This area resides deep in the scrape-off layer. Changes in plasma configurations between the first (2011–2012) and the second (2013–2014) JET-ILW campaign altered the material migration towards the inner and the outer divertor corner increasing the amount of deposition in the shadowed areas of the divertor base tiles. D retention on the outer divertor tiles is clearly smaller than on the inner divertor tiles. Experimental TDS spectra for samples from the top part of inner divertor and from the outer strike point region were modelled using TMAP program. Experimental deuterium profiles obtained with SIMS have been used and the detrapping and the activation energies have been adjusted. Analysis of the results of the TMAP simulations enabled to determine the nature of traps in different samples 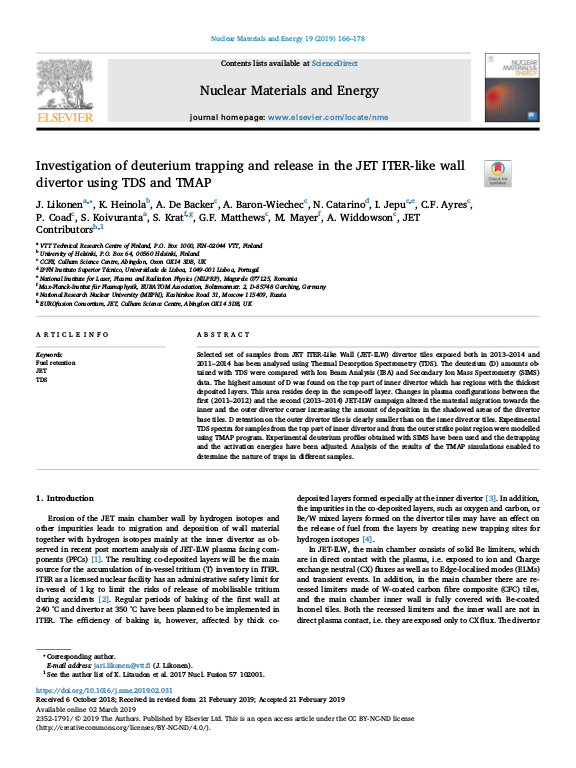