The ratios of the production cross sections between the excited ϒ(2S) and ϒ(3S) mesons and the ϒ(1S) ground state, detected via their decay into two muons, are studied as a function of the number of charged particles in the event. The data are from proton-proton collisions at $\sqrt{s}$ = 7 TeV, corresponding to an integrated luminosity of 4.8 fb$^{-1}$, collected with the CMS detector at the LHC. Evidence of a decrease in these ratios as a function of the particle multiplicity is observed, more pronounced at low transverse momentum pμμ¦T. For ϒ(nS) mesons with pμμ¦T > 7 GeV, where most of the data were collected, the correlation with multiplicity is studied as a function of the underlying event transverse sphericity and the number of particles in a cone around the ϒ(nS) direction. The ratios are found to be multiplicity independent for jet-like events. The mean pμμ¦T values for the ϒ(nS) states as a function of particle multiplicity are also measured and found to grow more steeply as their mass increases. 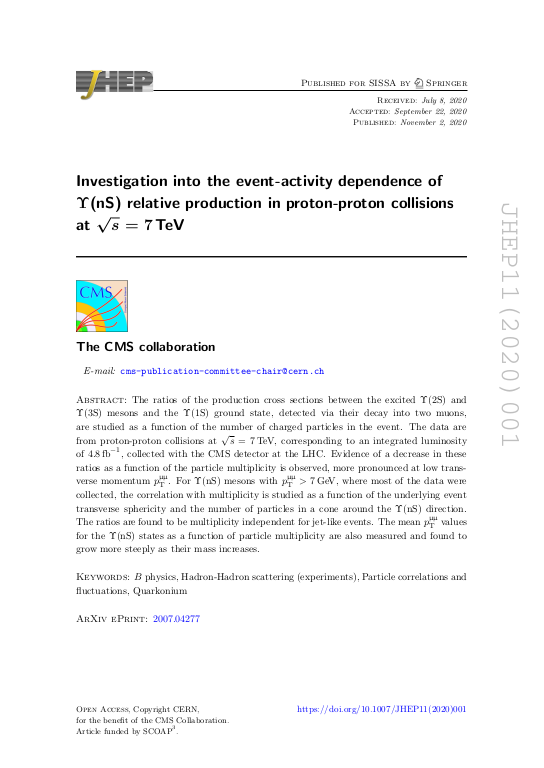