Gas Electron Multiplier (GEM) technology, in particular triple-GEM, was selected for the upgrade of the CMS endcap muon system following several years of intense effort on R&D. The triple-GEM chambers (GE1/1) are being installed at station 1 during the second long shutdown with the goal of reducing the Level-1 muon trigger rate and improving the tracking performance in the harsh radiation environment foreseen in the future LHC operation [1]. A first installation of a demonstrator system started at the beginning of 2017: 10 triple-GEM detectors were installed in the CMS muon system with the aim of gaining operational experience and demonstrating the integration of the GE1/1 system into the trigger. In this context, a dedicated Detector Control System (DCS) has been developed, to control and monitor the detectors installed and integrating them into the CMS operation. This paper presents the slice test DCS, describing in detail the different parts of the system and their implementation. 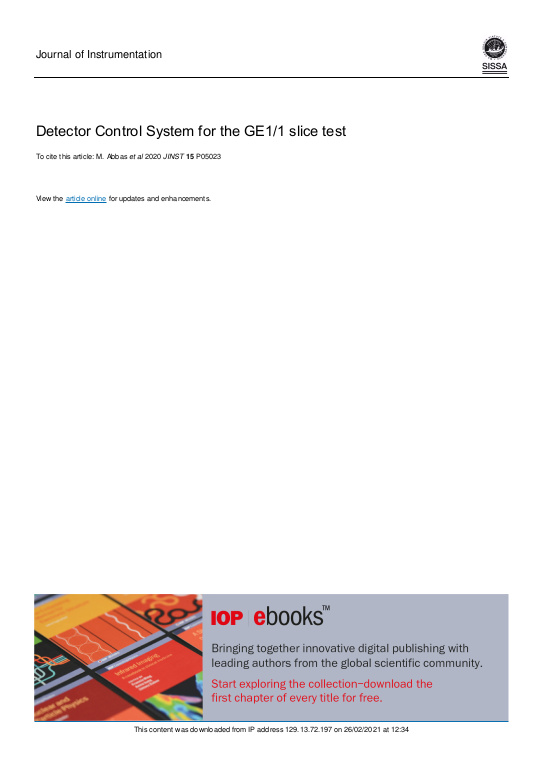