Military use of space and possibilities for arms control in space. Summary 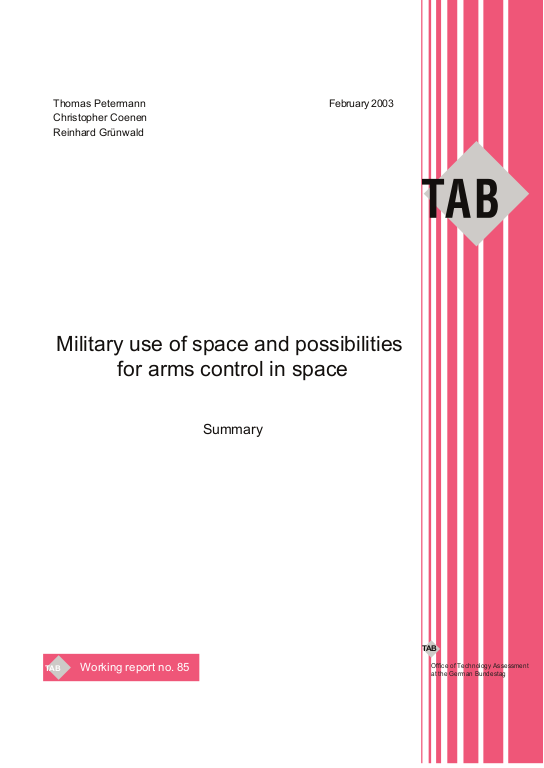